In 2022, Comparion Insurance Agency was created to transition former Liberty Mutual exclusive agents to a full-service independent agency. The agency delivers a unique value proposition to carriers with over 2,000 agents in approximately 180 cities in 44 states. We offer customers 50+ insurance companies with product breadth including car, home, life, pet, renters, umbrella, jewelry and much more. We use our scale to deliver a first-rate customer experience through consultative insurance experts located in your community.
Our Leadership team has over 200 years of cumulative insurance experience. At Comparion, we have a philosophy of staying close to our customers and agents, so sales leadership is located throughout the country in our larger storefronts. 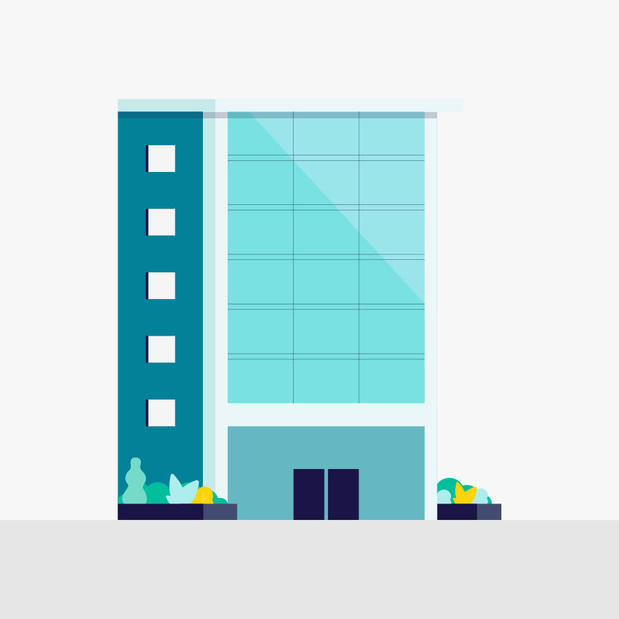 Chris Capone was recently named President & CEO of the Comparion Insurance Agency, a subsidiary of Liberty Mutual Group. In this capacity, Chris is responsible for leading the Comparion enterprise, a top 5 insurance agency in the U.S., across personal property and casualty, life, annuity, and small commercial lines of business. Comparion utilizes a team of thousands of licensed employee producers as well as the networks of strategic business partners to provide tailored local insurance solutions at national scale. Prior to this role, Chris led the Exclusive Agent Distribution team of Liberty Mutual which combined with other organizations to form Comparion.

DeAnna Kerrick is the Sr. Vice President of National Strategy and Enablement for Comparion Insurance Agency. In this role, DeAnna leads a team with oversight of marketing and sales enablement, agency experience and programs and national operations.

DeAnna has over 30 years of experience in financial services holding positions in banking and insurance concentrated in marketing, agency programs and operations. She joined Liberty Mutual in 2007 under the Safeco brand leading national agent marketing programs. In her 15 years with the company, she has held various roles, most recently as SVP of Exclusive Agent Distribution - West before assuming her current role with Comparion Insurance Agency.

John Bem is Vice President and the Regional General Manager of the Central Region at Comparion Insurance Agency. In this role, he is responsible for managing all aspects of agency operations in LA, KS, MO, OK and TX. His team has hundreds of employees in roles ranging from front line sales producers, marketing support personnel and business managers.

Mr. Bem has over 25 years of insurance industry experience and held various management roles across Service, Sales, Compensation & Recognition and Call Center Operations. His first Senior Leadership role was as a Region Service Manager in Midwest leading the region to become one of the most efficient and highest customer satisfaction regions in the country. He was then promoted to Area Manager in Upstate New York leading a large sales team before taking a role in Liberty Mutual's Home Office in Boston to gain experience in leading several teams that support field sales and service teams. In 2019, he moved to Texas when he was promoted to RGM for Central Region.

Mr. Bem holds an M.B.A. in Marketing from Benedictine University, a Certificate of Business Administration Accounting from St. Clair College, and a B.A. in Computer Information Systems from Walsh College.

Thomas Bertha is the Vice President and Regional General Manager for the Mountain Region at Comparion Insurance Agency. In this role, he is responsible for managing all aspects of agency operations in AZ, CO, NV, NM, UT and WY. His team has hundreds of employees in roles ranging from front line sales producers, marketing support personnel and business managers.

Mr. Bertha joined Liberty Mutual in 2002 as a personal-lines sales representative. In 2004, he was hired into his first management role, and he has assumed various leadership roles for the company over the last 18 years. In 2019, he was promoted to RGM for the Mountain Region under Liberty Mutual and in 2022 he maintained the same role while transitioning to Comparion.

Mr. Bertha holds a B.A. in English from Dartmouth College.

Taggart Bolen is Vice President and Region General Manager of the Southeast Region at Comparion Insurance Agency. In this role, he is responsible for managing all aspects of agency operations in AL, AR, FL, GA, MS, NC, SC, and TN. His team has hundreds of employees in roles ranging from front line sales producers, marketing support personnel and business managers.

Mr. Bolen joined the company as a sales representative in 2008. After being promoted in 2010 to senior branch manager, he has held a range of leadership roles with increasing responsibility. Prior to joining the company in 2008, Mr. Bolen worked in the housing and real estate sector holding positions in sales, marketing, and leadership.

Mr. Bolen has earned the Leadership Excellence certification from the Owen Graduate School of Management at Vanderbilt University and holds both an M.B.A. and a B.A. in Consumer Economics from the University of Georgia.

Cam Finch is Vice President and Regional General Manager of the Northeast Region at Comparion Insurance Agency. In this role, he is responsible for managing all aspects of agency operations in CT, MA, ME, NH, NY, RI and VT. His team has hundreds of employees in roles ranging from front line sales producers, marketing support personnel and business managers.

Cam has held various positions over his tenure at the company, including analyst and management roles in Product and Pricing division, Distribution Analytics, and Distribution Operations. Prior to becoming Regional General Manager, he led and stood up the Wholesale Brokerage team supporting Comparion's agents nationally. Prior to joining Liberty Mutual in 2009, he worked at The Parthenon Group in Boston.

Cam holds an M.B.A. in Organizational Leadership from Boston University and a B.A. in Economics from Trinity College.

James has been with the company for 28 years. During that time he has held several roles in Exclusive Agent Distribution with increasing responsibility including Sales Representative, Sales Manager, National Sales Director and Regional General Manager.

Kenny Kendrick is Vice President and Regional General Manager of the Pacific Region at Comparion Insurance Agency.In this role, he is responsible for managing all aspects of agency operations in AK, CA, HI, ID, MT, OR and WA. His team has hundreds of employees in roles ranging from front line sales producers, marketing support personnel and business managers.

Dan Zbin is Vice President and the Regional General Manager of the Midwest Region at Comparion Insurance Agency. In this role, he is responsible for managing all aspects of agency operations in IA, IL, IN, MI, MN and WI. His team has hundreds of employees in roles ranging from front line sales producers, marketing support personnel and business managers.

Dan has been with the company for 30 years and has a proven track record of developing high performing sales teams, He has held various regional leadership positions in three regions across the country. Dan is active in various industry associations and represents Comparion as board committee member of LIMRA. He has facilitated several industry forums over the years, sharing his experiences with peers. Before joining Comparion, Dan served eight years in the United States Army and in several combat theaters of operations including Desert Shield/Storm during the Gulf War.

Matt Galluzzo is Assistant Vice President and the Manager of Agency Partnerships on the National Sales & Enablement team at Comparion Insurance Agency. In this role, Matt leads a team responsible for managing the relationships and day-to-day operations with third-party agency distribution partners. Matt's team is also responsible for managing key carrier partnerships.

Matt joined Comparion from Liberty Mutual. He began his career as a Sales Associate in 2011 and has held various roles of increasing complexity and responsibility across sales, analytics and operations for the past 12 years.

Senior Director of Economics and Analytics

Eric Incitti is the Senior Director of Economics and Analytics at Comparion Insurance Agency. In this role, Eric leads a team responsible for agency financials and reporting, compensation program design, planning and forecasting, and all other analytical needs and assessments for the agency.

Eric joined Comparion from Liberty Mutual, where he has held various finance, analytics, and corporate strategy roles since 2009. Most recently, Eric was a Strategy Director for the US Retail Markets division.

Eric holds an M.B.A. from Boston University and a B.A. in Finance and Economics from the University of Pittsburgh.

Pam Kusma is Assistant Vice President and the Director of Agent Experience on the National Sales & Enablement team at Comparion Insurance Agency. In this capacity, Pam is responsible for agent and management development, training compensation strategy and design techniques and to develop tools and programs for best in class agent experience. Prior to this role, Pam led the SA Development team.

Pam joined the company in 2018 and was appointed Assistant Director, Partnership Marketing. She was promoted to Director Sales and Marketing Associate Development in 2019 and then served as Director Agency & Franchise Development in 2020. She was promoted to AVP & Director Exclusive Agent Experience in 2022. Pam was the PaceSetter Sales Manager at State Auto Insurance from 2014 to 2018. Prior to that she was Vice President Sales at Amer Insurance, Ohio.

Pam earned her B.A. from Tufts University. She holds the Certified Insurance Counselor (CIC) designation. Pam currently serves on the Advisory Board of the National Alliance for Insurance Education.

Ellen LaGana is Assistant Vice President and Director of Operations for Comparion Insurance Agency. She is accountable for the effective development, execution and communication of Comparion's strategic vision, goals and measures of success, and has served as Comparion President & CEO Chris Capone's Chief of Staff since 2016. Prior to taking this role, Ellen held various operational and analytical roles at Liberty Mutual Insurance.

Comparion is owned and backed by Liberty Mutual Group, a Fortune 100 company, founded in 1912.

©2023 Comparion Insurance Agency, A Liberty Mutual Company - 175 Berkeley Street, Boston, MA 02116. The materials herein are for informational purposes only. All statements made are subject to provisions, exclusions, conditions, and limitations of the applicable insurance policy. Coverages and features not available in all states. Eligibility is subject to meeting applicable underwriting criteria. Learn more about our privacy policy at libertymutual.com/privacy.
Comparion is an Equal Opportunity Employer and an Equal Housing Insurer.